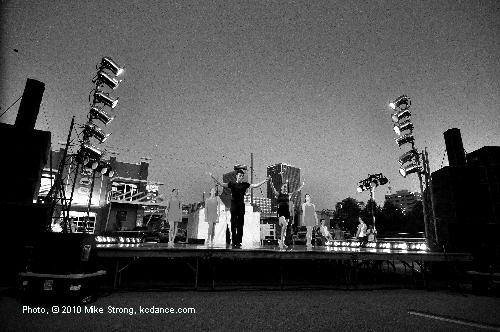 The stage from the front row position as the daylight leaves us for the spots.
Performing "Fever" sung by Peggy Lee and choreographed by William Whitener (repertoire piece) 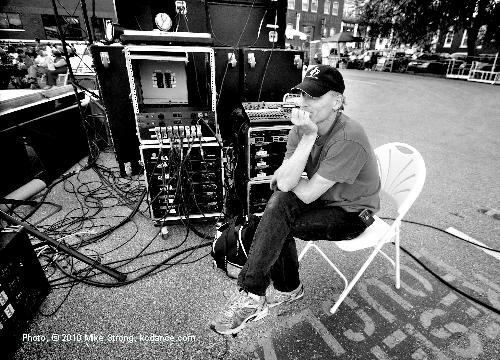 Lighting designer E.J. Reinagal prior to the show "performing" "The Thinker" 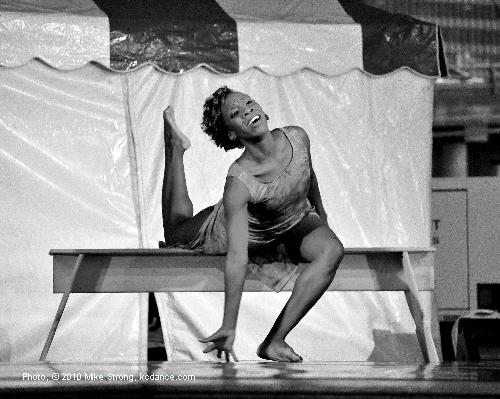 An intense Tracey Franklin in "Pearls" by Kenny Pervine to A Woman in Somalia by Sade (repertoire piece).
For me Tracey doesn't catch me in the first second, she gets me in the second or third and after that I am riveted. 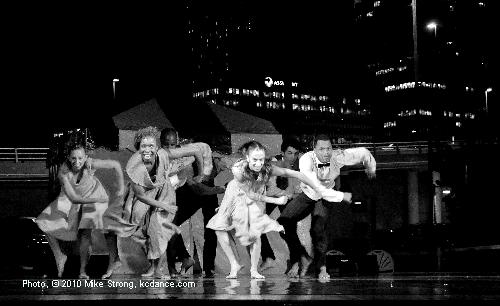 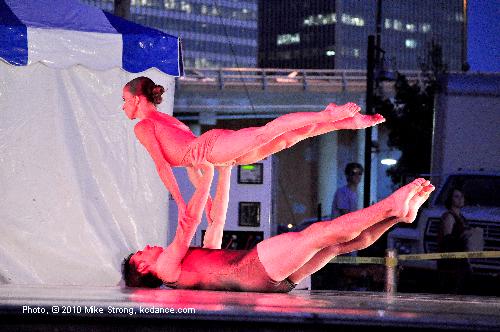 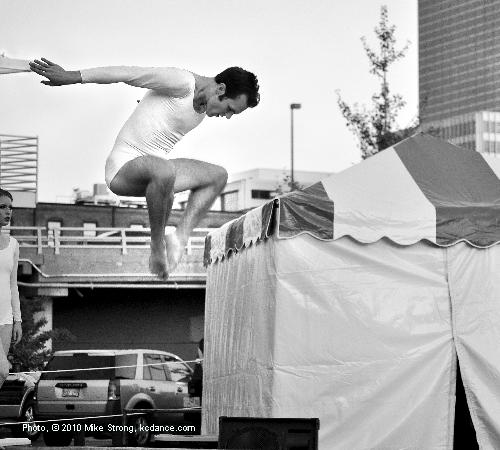 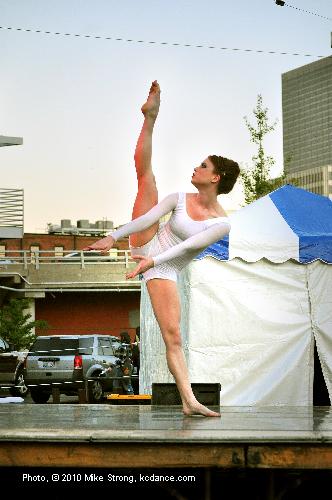 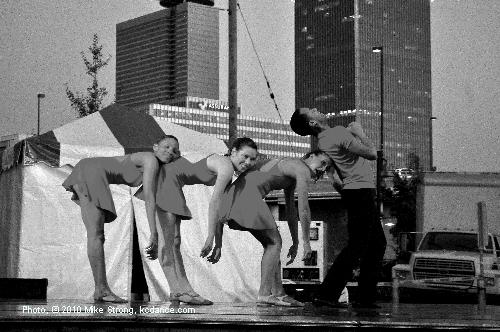 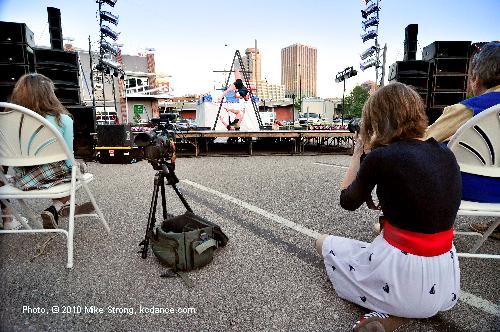 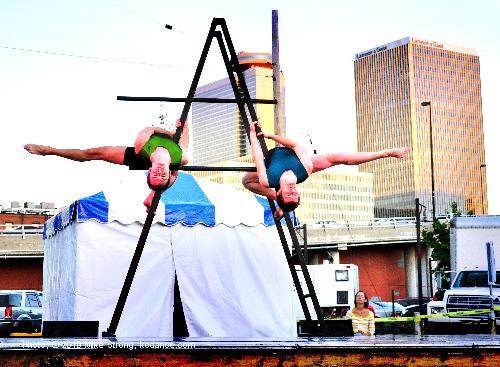 "Ladder Time" by Paula Weber - L-R: Michael Tomlinson, Erik Sobbe. Behind is the choreographer, Paula Weber.
This was introduced to the repertoire with the March 2010 Edge show as a kind of side-show off stage. 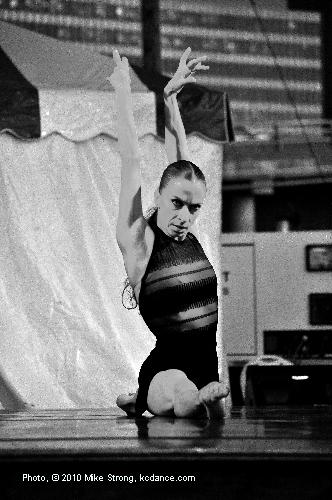 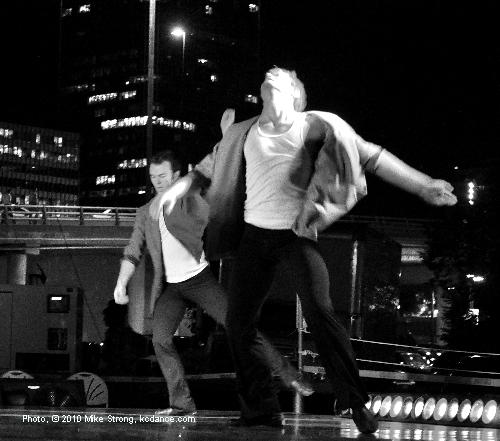 "You Won't See Me" sung by the Beatles - Dancers Erik Sobbe and Michael Tomlinson (front) - part of the Cyrus Avenue concert new pieces. 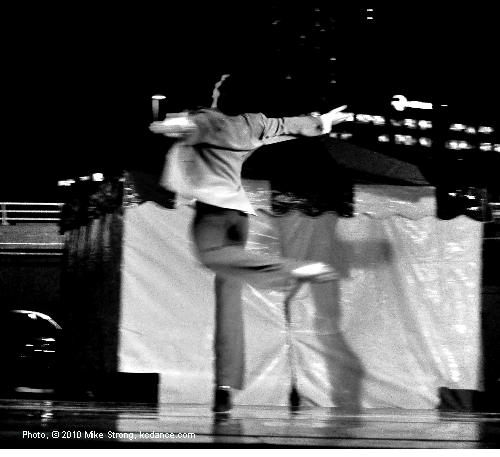 "You Won't See Me" sung by the Beatles - Dancer: Gavin Stewart - part of the Cyrus Avenue concert new pieces. 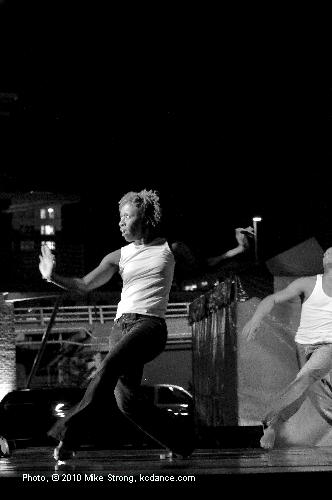 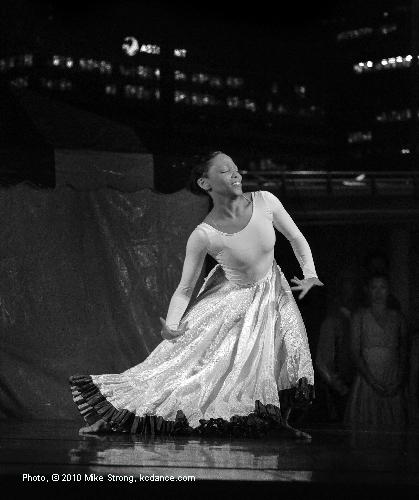