Last studio rehearsal
before heading out to
Jacob's Pillow
at 6:15pm July 20th

Omar performed "Time Change" at Jacob's Pillow. It was a choreography worked out last fall between himself and
Mary Pat Henry after a shoulder injury kept him from doing lifts in another piece (Wylliams Henry October 2017 and JCCC NDP).
Omar was in NY City and drove up to Becket, Massachusetts (in the Berkshires, east of Albany, NY) to make the performance. 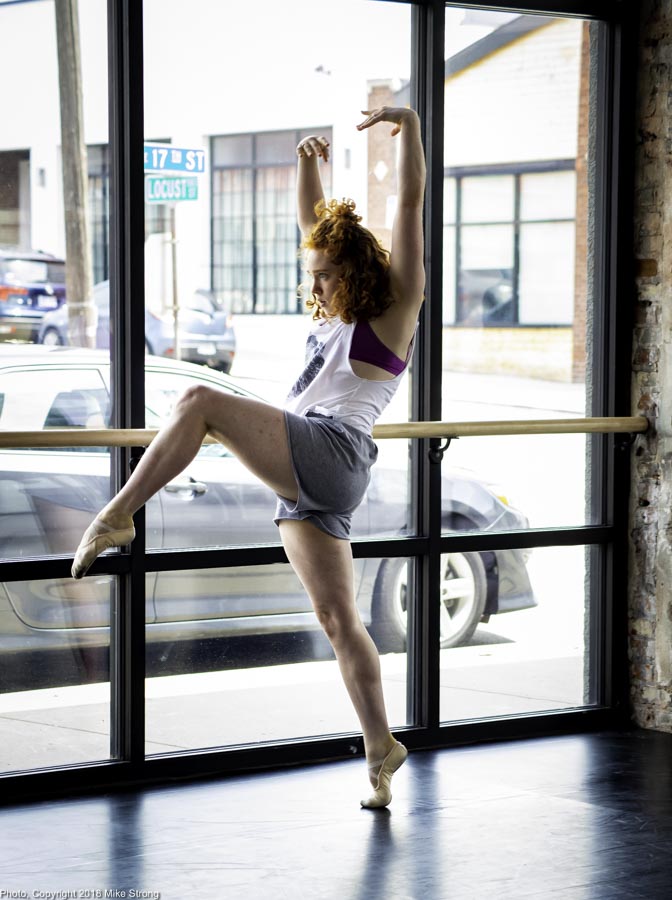 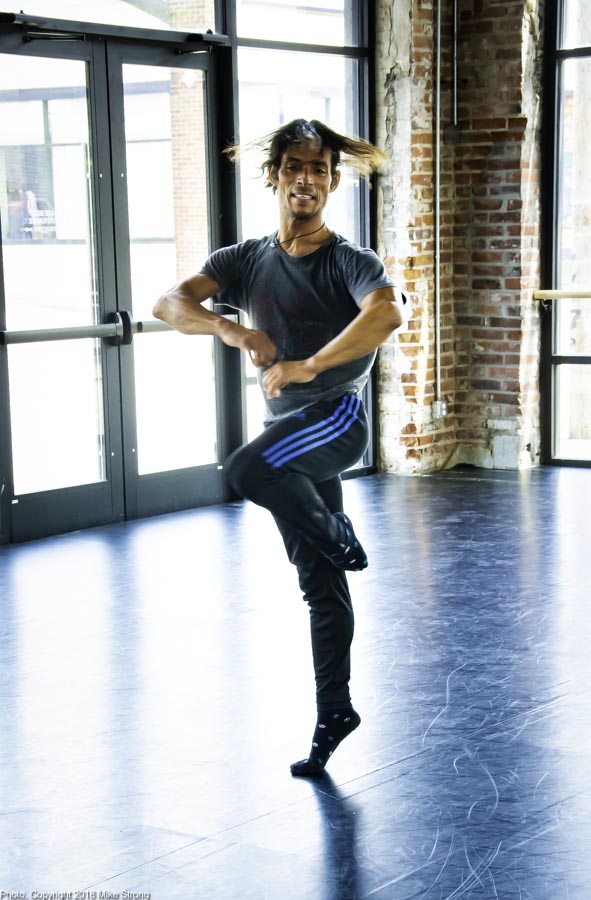 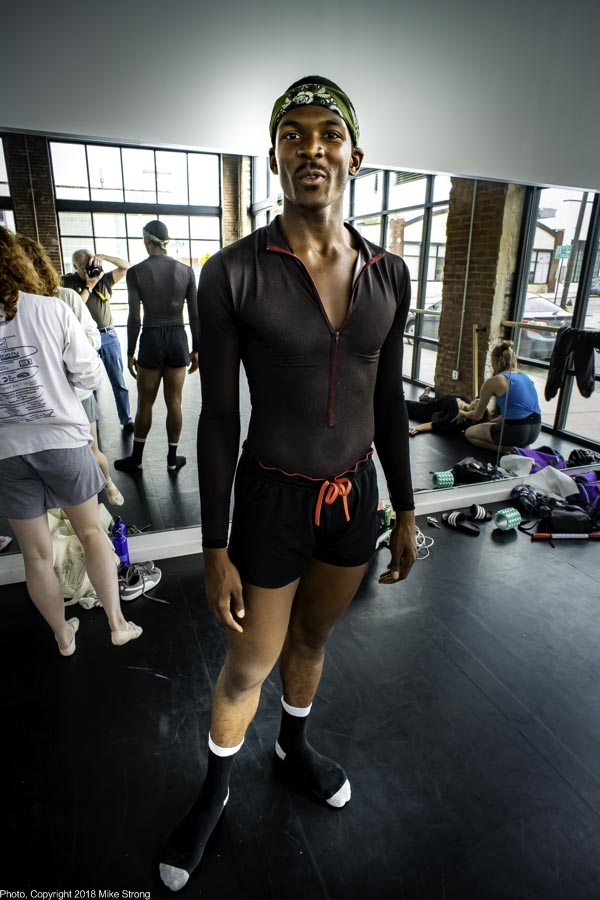 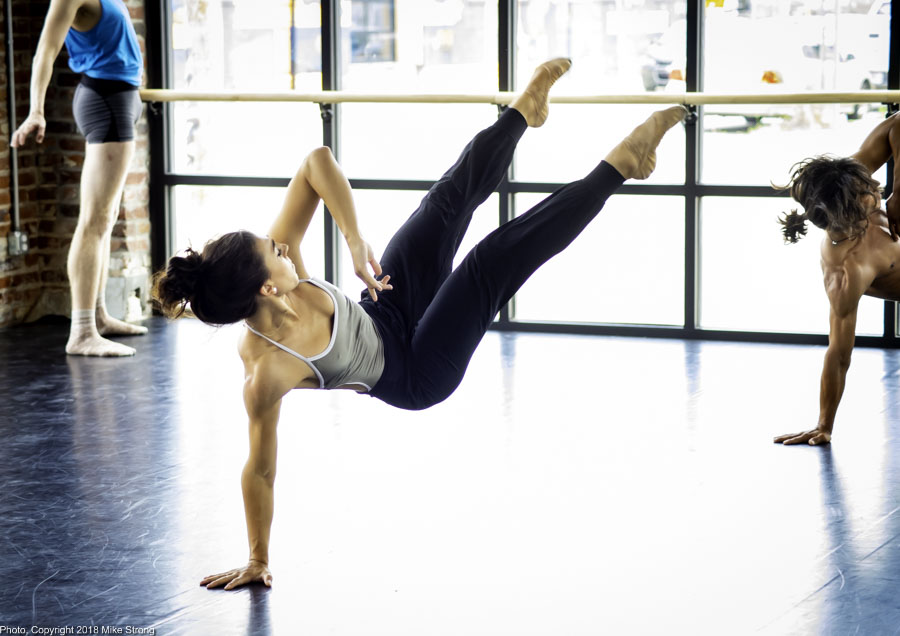 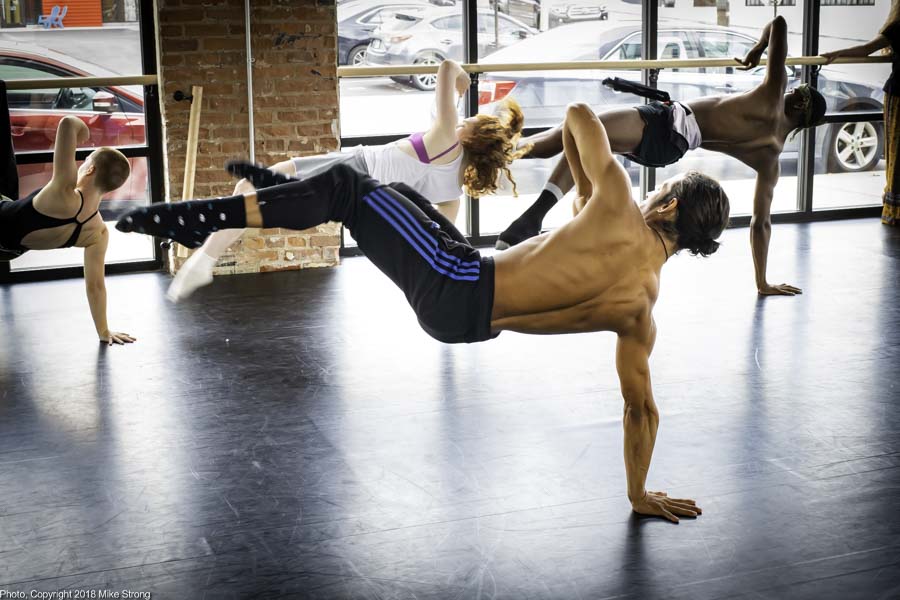 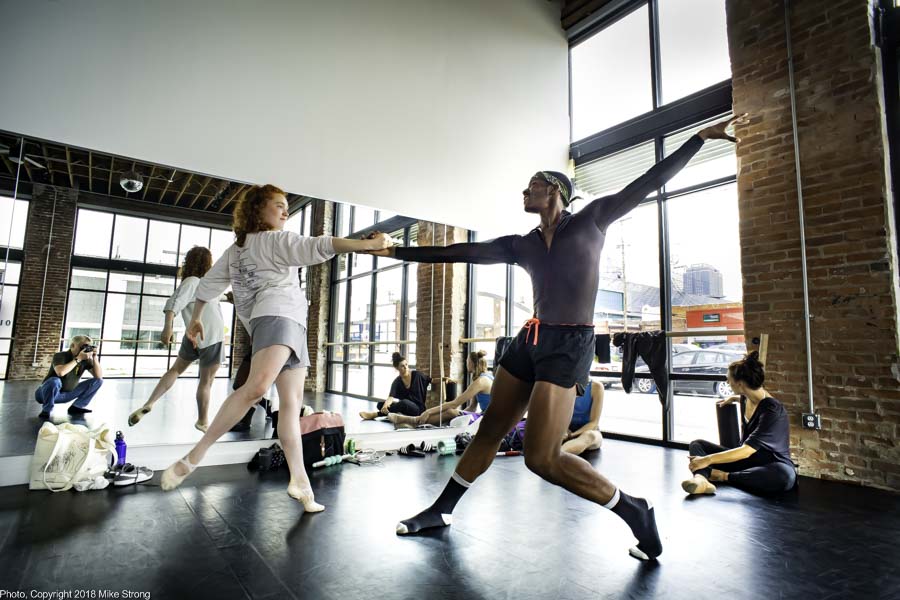 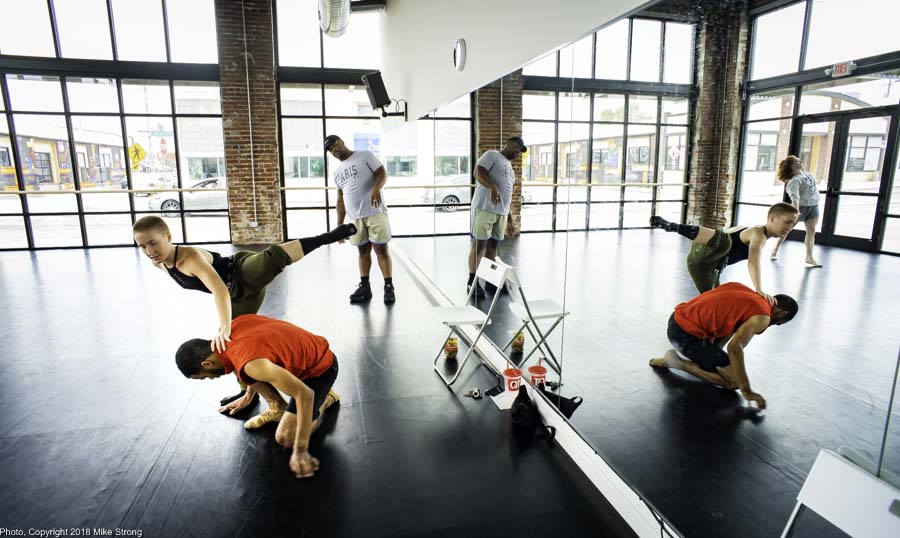 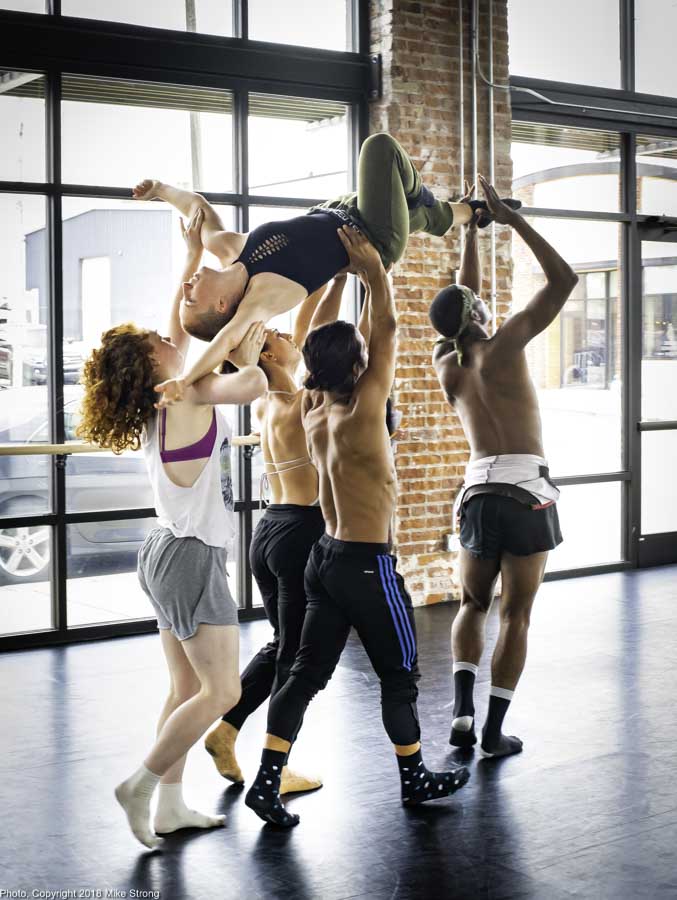 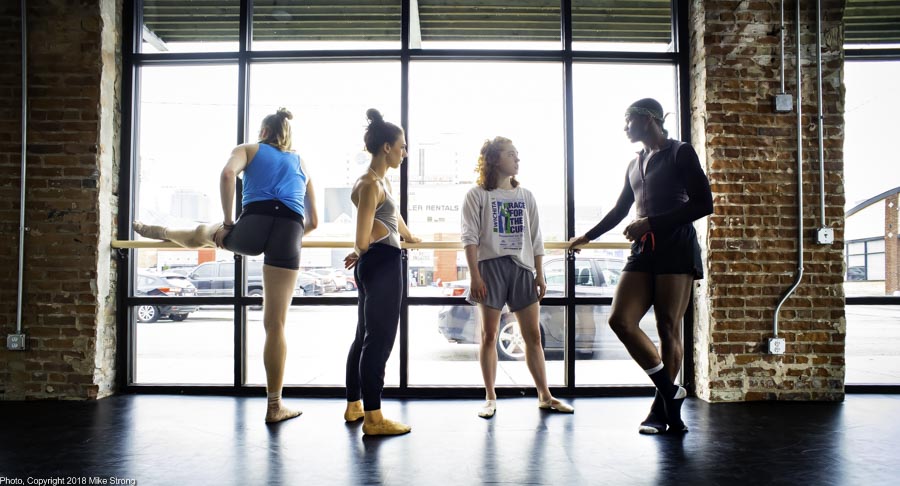 Along the barre on the window - Trey Johnson, Caroline Dahm, Sarah Frangenberg and John Swapshire 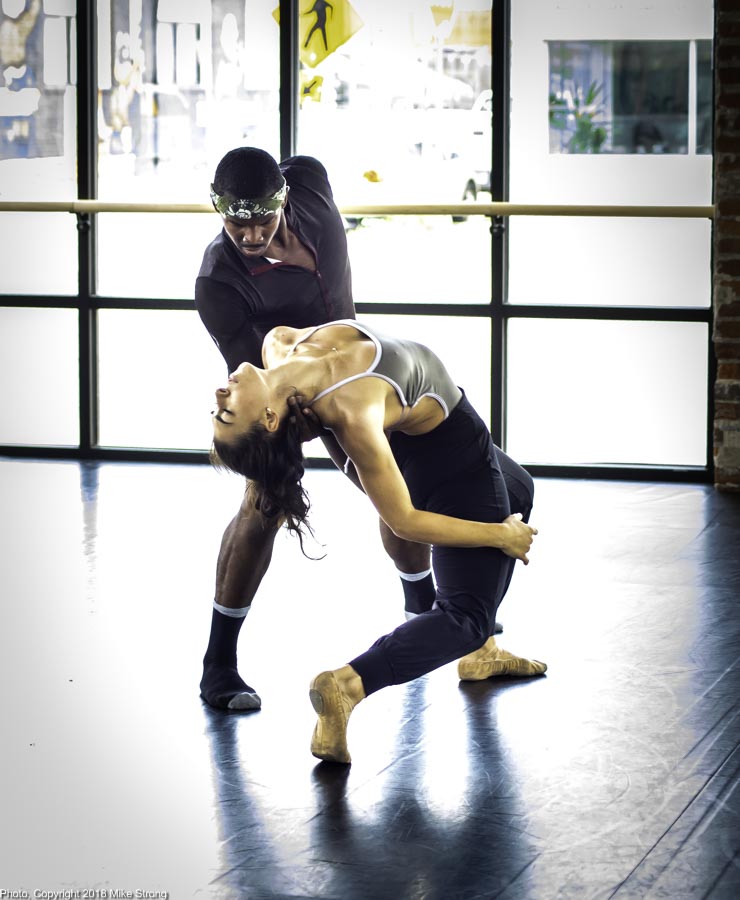 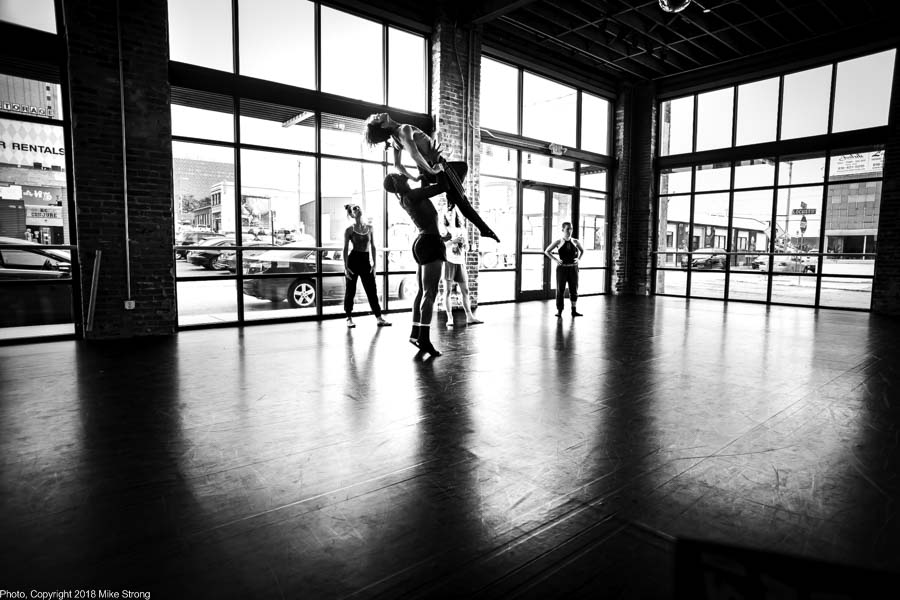 John Swapshire lifts Edgar Anido in An Artist working out notes - behind are Caroline Dahm, Sarah Frangenberg and Kaylin Horgan