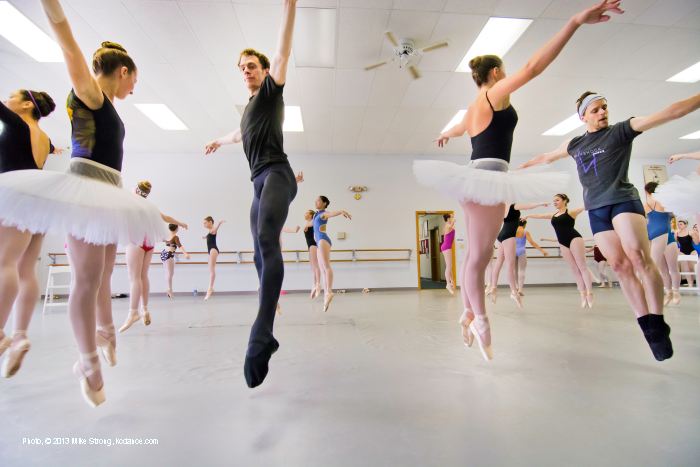 My first day for rehearsal. I had just dropped my bag at the side opposite the door, taken a shot to establish exposure and then shot these six pictures in a row in less than a minute as dancers warmed up before the run. The came right by me and all I had to do was click. Amy DeHart, Danny Ryan, Jered Solace, Alec Roth, ... Erik Sobbe. It is all a part of my warm up too. Good thing I shot when I did because Erik was the last one crossing my area before they got ready for the run. 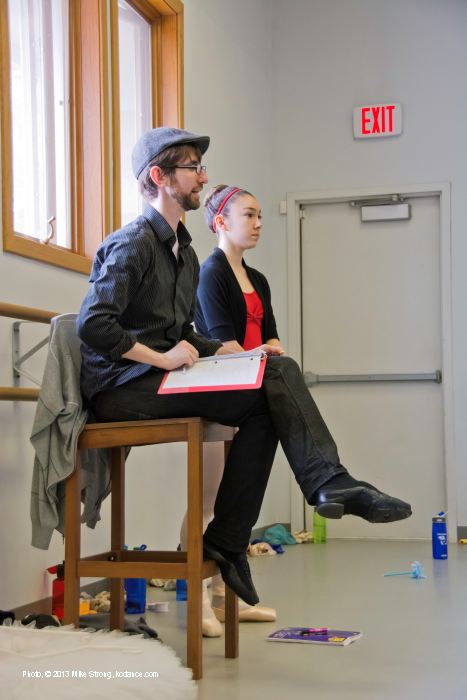 On Stage in the Theater 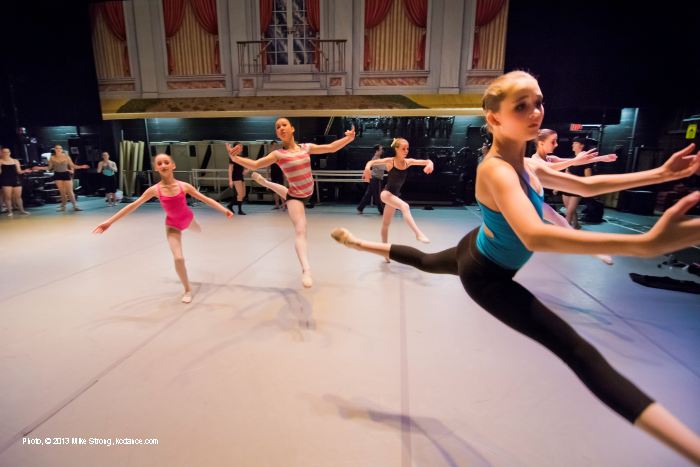 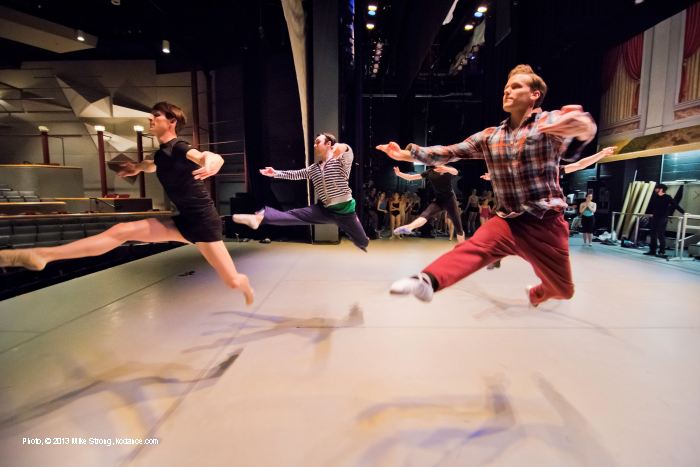 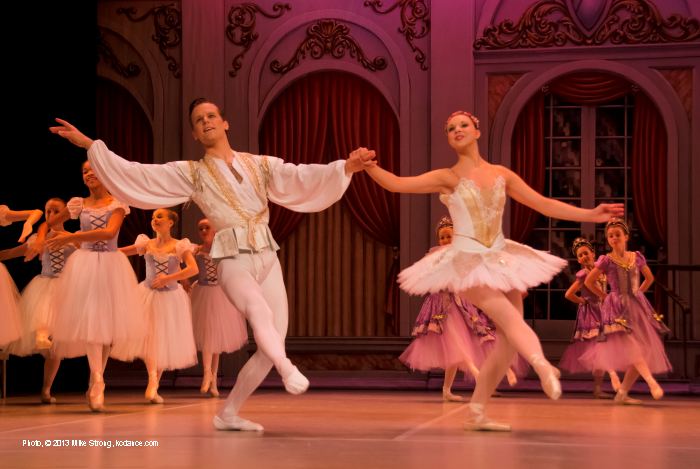 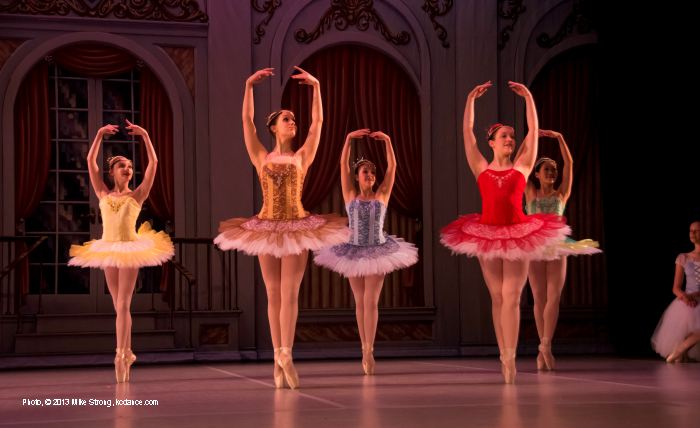 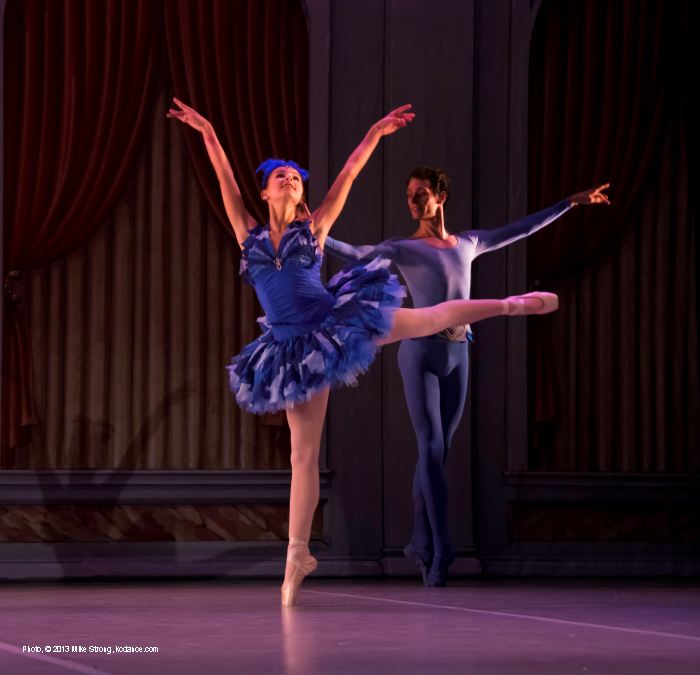 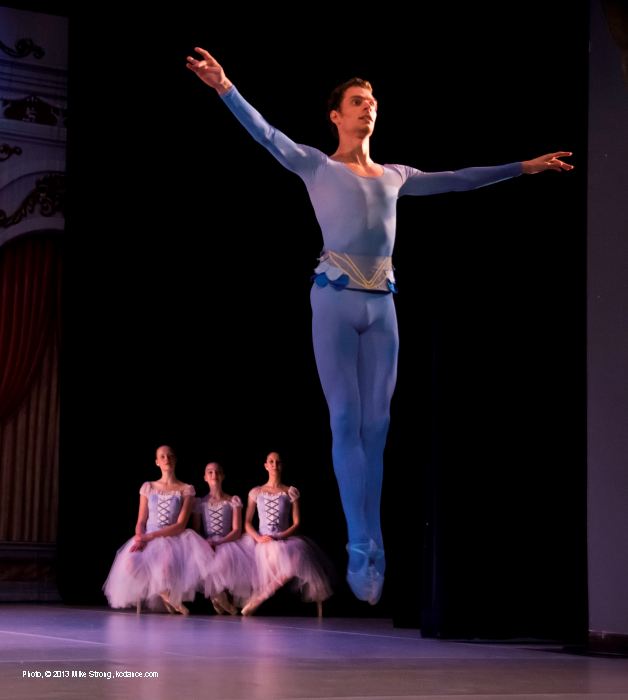 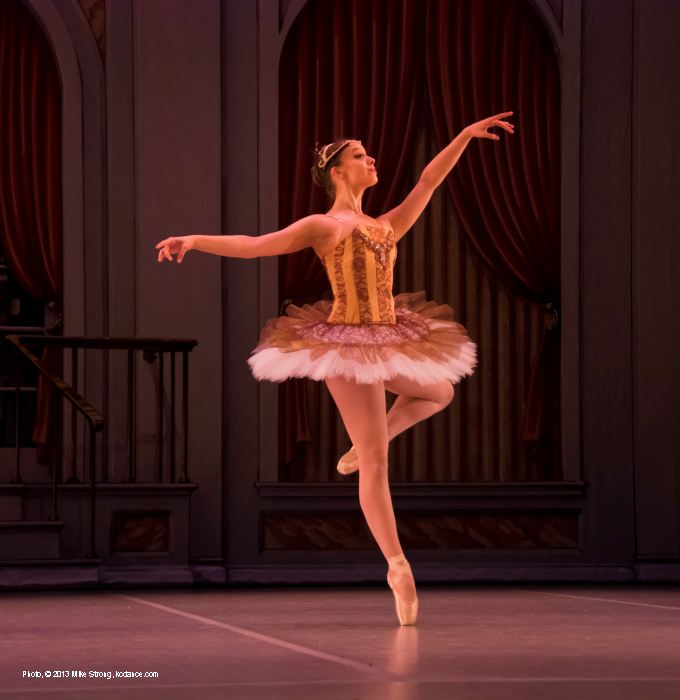 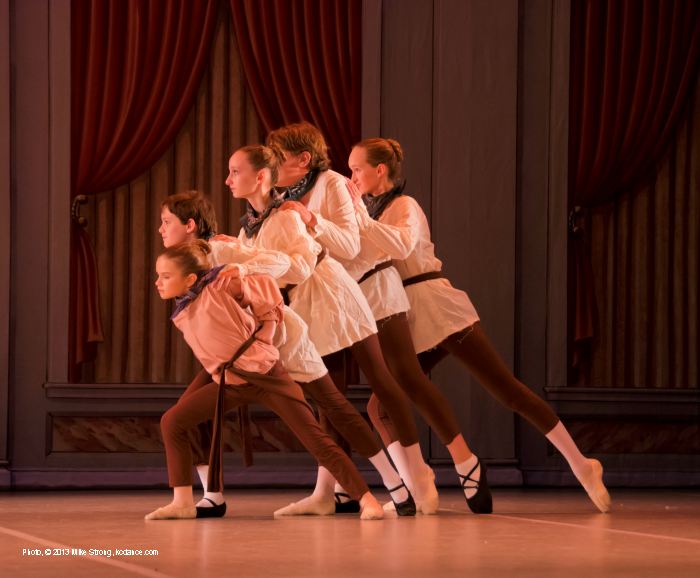 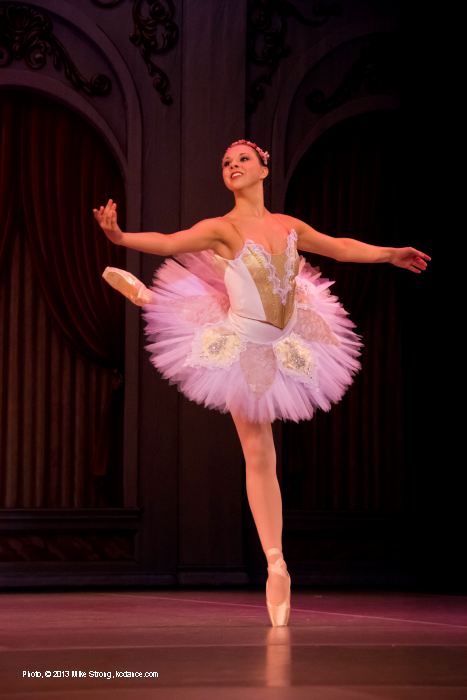 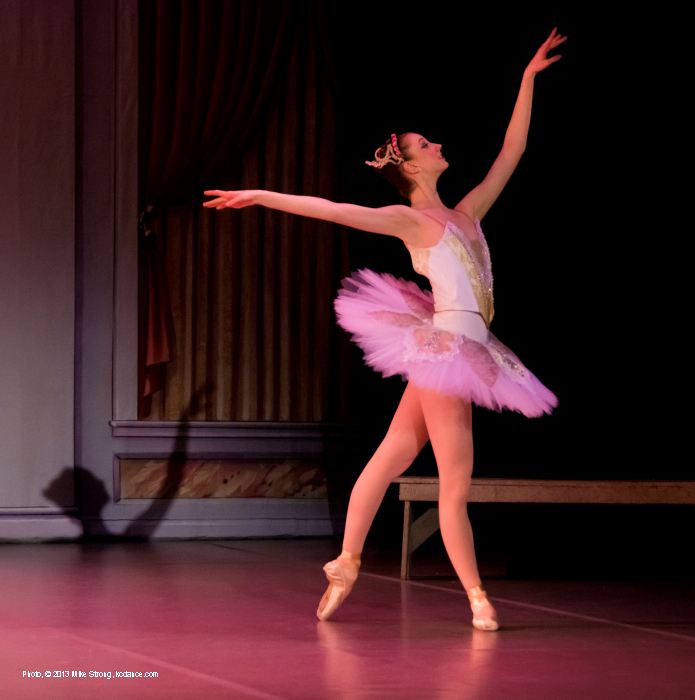 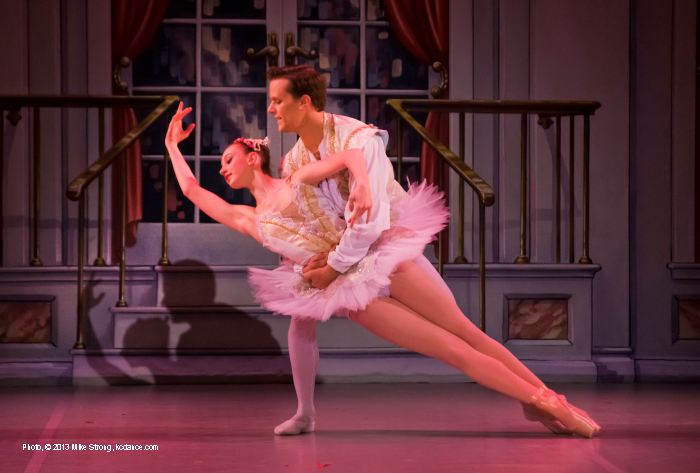 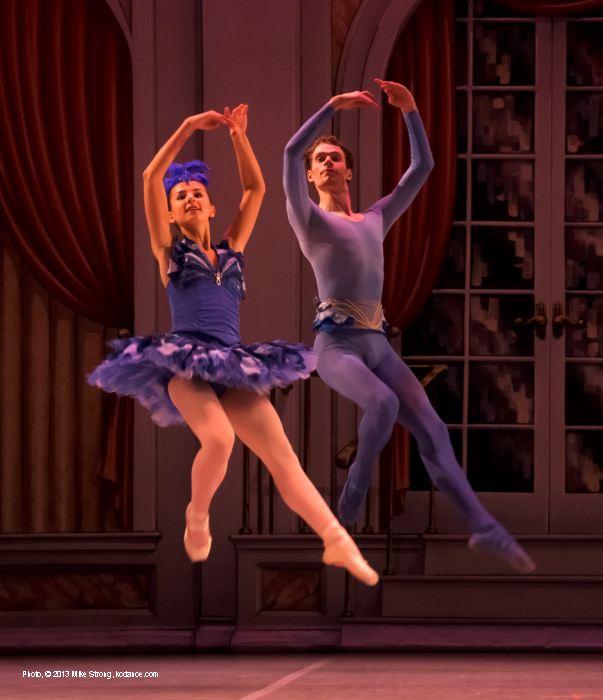 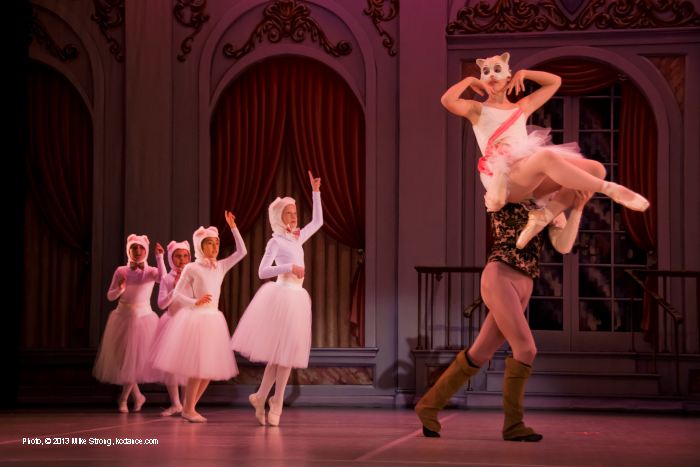 Sleeping Beauty: Study from two dress rehearsals (for 2pm and 7pm) (thu across bottom and fri across top) showing Danny Ryan at points through his turning jetés in a circle. Each frame number is listed. Frame 8064 at top I shot a bit late and I deleted frame 6618 before I thought to put together this composite. It seems to me I am also missing at least one frame somewhere because my buffer filled up and wouldn't let me shoot until later. 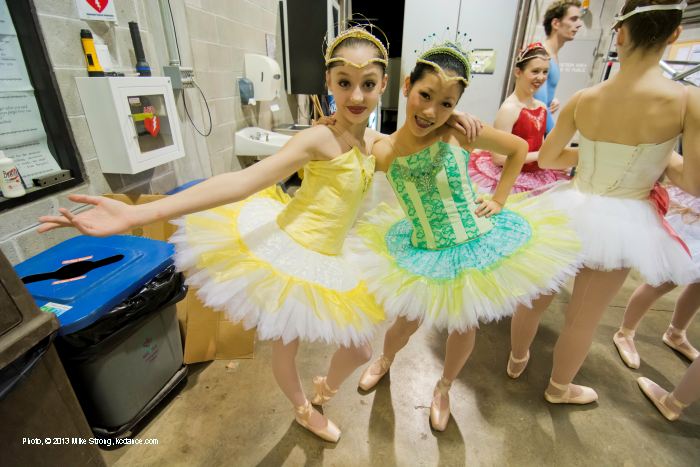 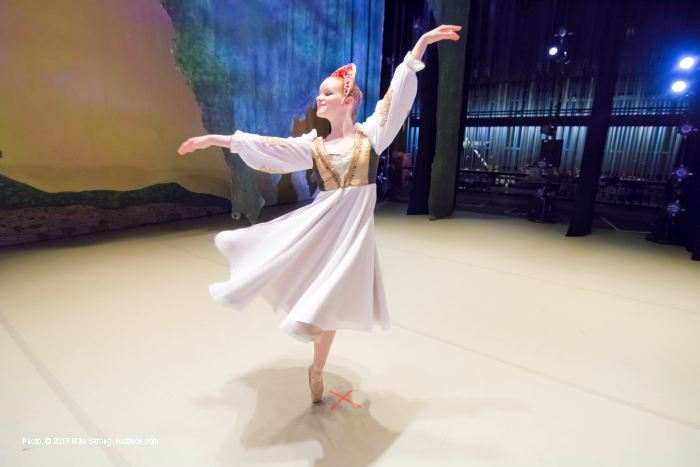 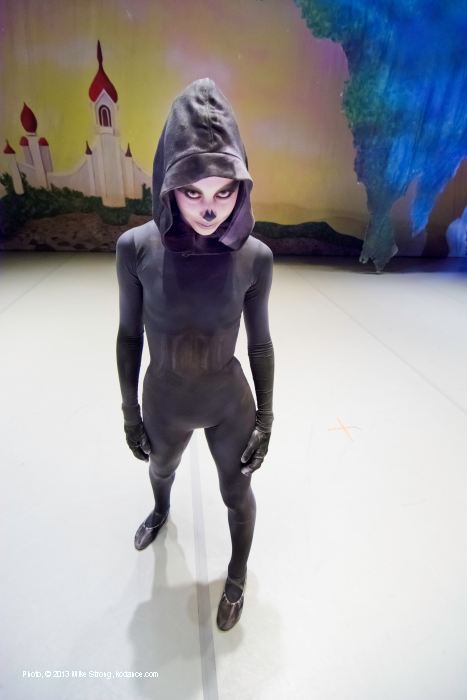 Firebird: Dena'h Gregory - one of the shadows - onstage before rehearsal Thursday 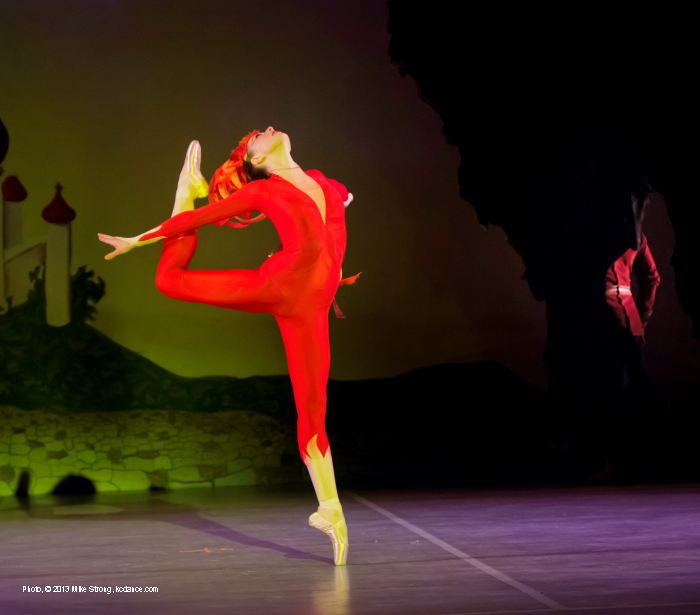 Firebird: Emily Tatham (as the Firebird) 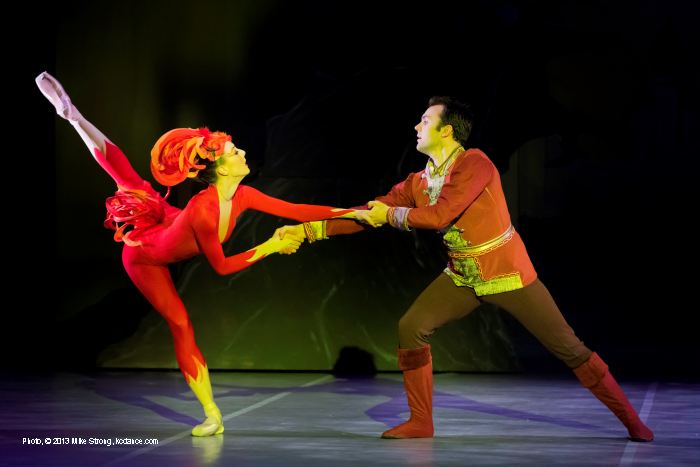 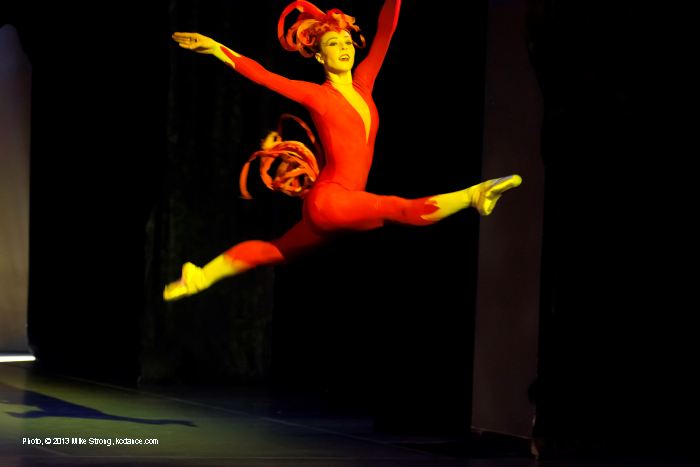 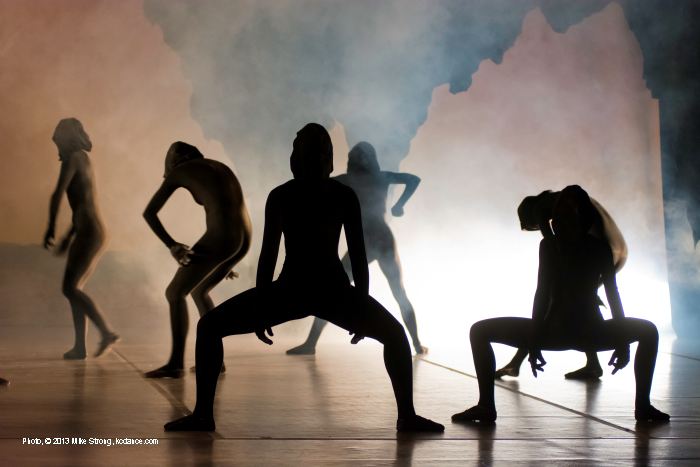 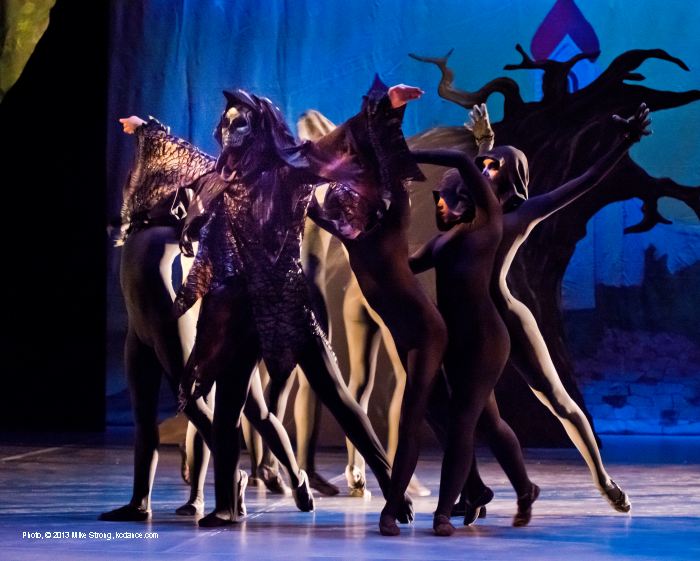 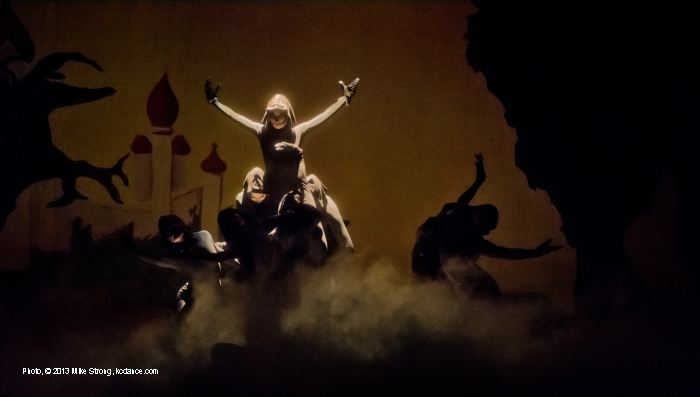 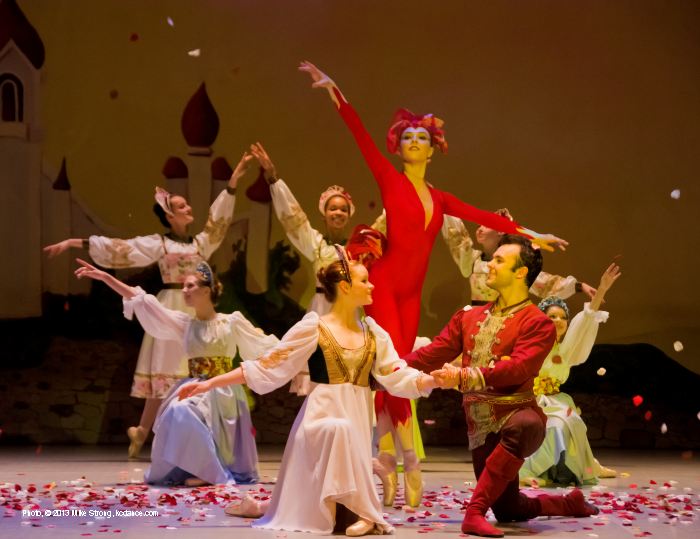 Brenda Clevenger, 11/29/2015
May I get your permission to use the in studio practice photo with the cutline below on our Facebook cover during the month of December with credit to the dancers, organization and photographer?Studio run through for Sleeping Beauty with (L-R) Danica Williams (edge) Katy Hagen, Alec Roth, Stephanie Ruley and Danny Ryan.