One of six women to get this award 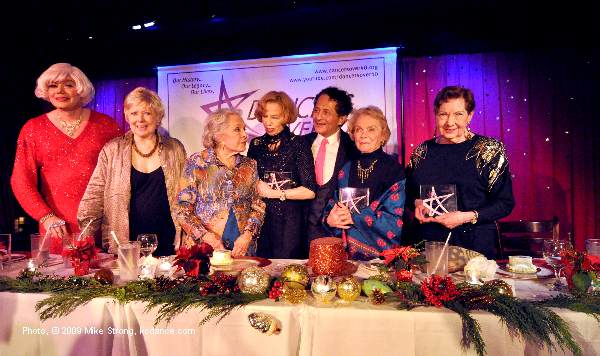 A fair share of the history of dance in the US, Broadway in particular, was seated in Swing 46, at 349 West 46th St in New York City for (DO40) Dancers Over 40's first ever Legacy Awards given to six women, Marge Beddow, Marge Champion, Nicole Barth, Gemze de Lappé and Billie Mahoney. The original announcement listed five women. One more was added at the ceremony, Zoe Dell Nutter, a dancer who was also an early aviation pioneer.

When DO40's president, John Sefakis and the Dancers Over 40 committee were working on a list of names they also wanted one of their number not residing in NYC. Billie's name was an immediate choice.

Sefakis explained the award as an outgrowth of the organization's work. "We have a legacy project where we are interviewing all of our members' and where they can then post written transcripts and put those materials in the Lincoln Center Library as well as video tapes of DO40 events.

"So all those things together made us think it is about time we did something else as far as legacy and we needed to honor our own."

And so, on a rainy New York Sunday afternoon 130 members of Dancers Over 40 crammed into Swing 46 restaurant to talk, enjoy a meal (choice of chicken, salmon or vegetarian pasta), and listen to speeches by friends of each award recipient.

Well known faces were in the crowd, expressive faces, animated in conversation moved between tables and booths, sitting at each for a while or just sitting, all exchanging greetings. The atmosphere was at once familiar, respectful, and high end. 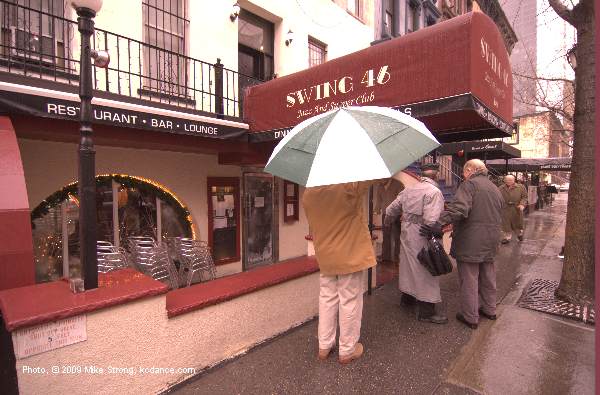 Early at Swing 46, Luigi (Greek fisherman cap) being helped in.

http://www.swing46.com - Just getting into the jazz and swing club was tough. For whatever reason the proprietress demanded that all coats had to be chaecked. As a result, the tiny bottleneck of an entrance area became a log jam. The hat and coat check station is at the top of a set of stairs just off the entrance foyer, which was a crowded two lane width at best. The stairs also led to the only bathrooms in the place.

As the start time grew closer, the members of Dancers Over 40, many of them elderly and some of them frail, became lined up down the block. After the event getting out became the same problem because everyone had to collect their coats and hats. The schedule called for a 2 pm to 5 pm time frame. Some of us got there by 1:30 and we didn't get out until 6:30 pm.

Once inside the seating was in the back room, over the superb dance floor which on other nights has swing instruction and avid swing dancers. A place to come to if you are in the city and want to dance. Check their website for information and schedules. 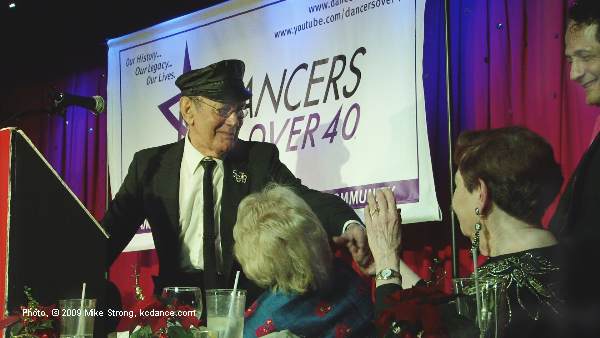 Luigi - (Eugene Louis Facciuto) - THE Luigi was there as a member and to give speeches for two of the recipients, Billie Mahoney and Marge Beddow. What can you say? Jaunty Greek Fisherman's cap on his head he was not seeing as well and not hearing as well but he was as energized as ever. You couldn't miss-identify him. Jon Hutcheson stood ready to stand in for Luigi if he couldn't do the job but Luigi was a perfect speaker. Helped to the stand he gave clear praises for both Marge and Billie.

Luigi is famous for his approach to a terribly crippling automobile accident in the 1950s which might have been the end of a promising dance career. Luigi innovated by creating a new jazz-dance style based on his one exercises designed by him to get around the physical handicaps caused by his injuries and with it the world's first complete technique for learning jazz dance. Gene Kelly gave him the "Luigi" moniker. (http://www.luigijazz.com - Luigi's Jazz Centre, The First World Jazz Center, 48 West 68th Street, New York, NY 10023, (212) 874-6215 at Studio Maestro ) 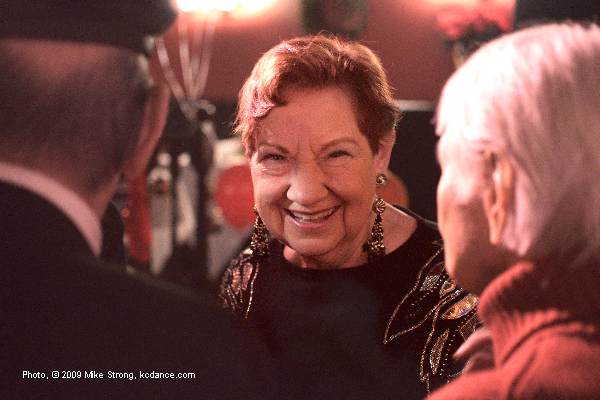 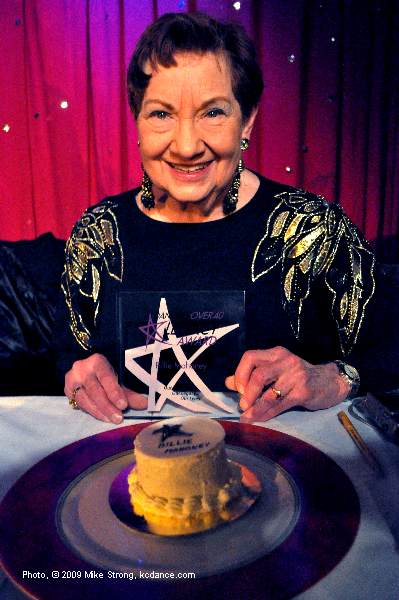 Each recipient had persons speaking about her and SO40 president John Sefakis had something in particular to say about each person in turn. At the start of the ceremony John Sefakis read a letter from fellow member Valerie Harper addressing each of the recipients specifically. For Billie Mahoney Harper wrote of the long-running New York television interview show, Dance On, with Billie Mahoney. 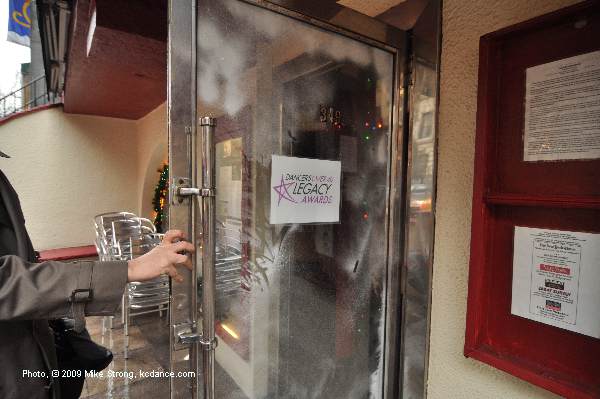 Entring Swing 46 with the small posting for the Legacy Awards. 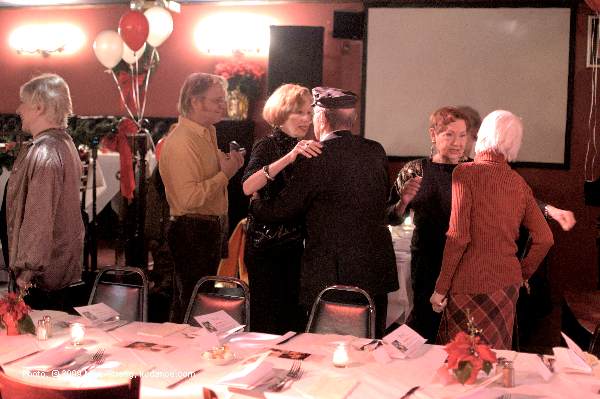 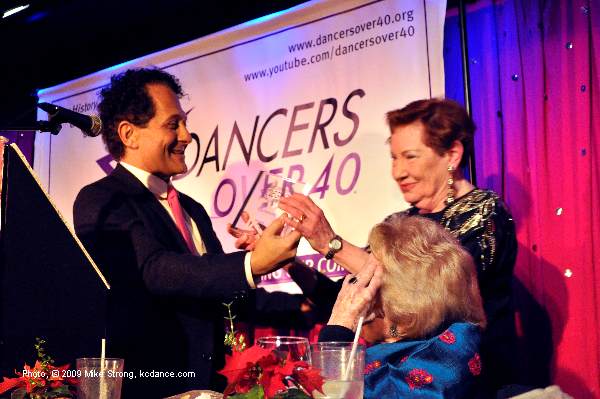 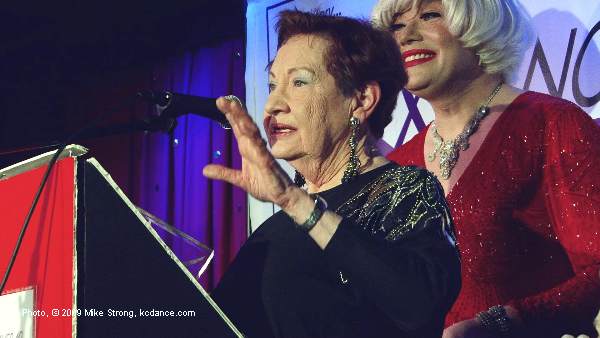 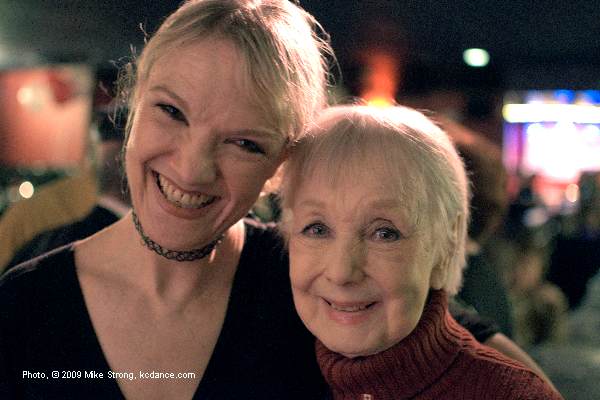 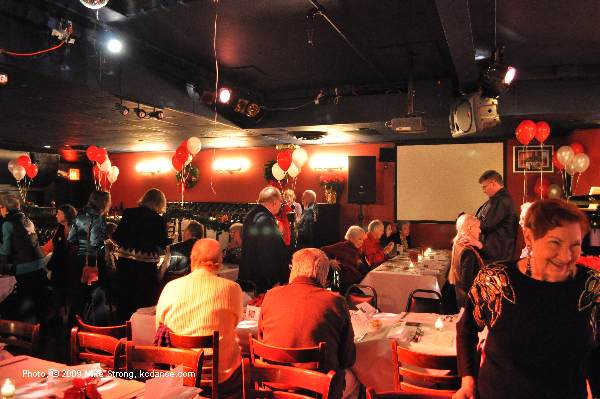 Other Links and Resources for persons mentioned, shown or just there:

Links for Billie Mahoney and Dancers on KCDance